We have great pleasure to welcome all of you to JAMIATHUL HIND AL ISLAMIYYA. Calicut, (Kerala). Since Al-Jamia has become the beacon of peaceful Islamic mission, it endeavors to consolidate and to regularize and also to integrate the entire system of Islamic Education.  It tries to modernize the method of present propagation of Islam and tries to escalate it throughout India. By the sincere support of the entire staff here, Al-Jamia is making by the grace of Allah, a tremendous progress in achieving its noble goal.
Islam is a religion of wisdom and guidance. And it has never stood against knowledge or wisdom, either secular or religious. The miraculous spread of Islam, within so short span of time in all the three known continents of the world was achieved by peaceful teachings and tactful preaching of its noble missionaries.
Now Al-Jamia has become the brilliant lighthouse, the radiance of which guides the future generation. It envisages the future prospects of traditional Islam and binds them up those youth with their traditional convictions and rituals. As the students acquire a thorough awareness of orthodox and contemporary views, they can distinguish between the right and the wrong.
Al-Jamia gives prime importance for imparting quality education, and for research. And it gives much stress for leadership activities and development. During graduation the students of Al-Jamia gets amble opportunity for improving their inherent skill and ability by hard training and continuous coaching which enable them to penetrate deeply in to the problems of the world.
Al-Jamia also tries to arm them with practical knowledge and wisdom, which make them capable to become national leaders or communal chieftains. However Al-Jamia is pledged to preserve Islamic character and culture and it leaves no stone unturned in reinstating the Islamic heritage so as to retrieve the glorious past of Islam, since it has a pioneering vision and noble aims.
We pray the Almighty Allah to shower his benefaction on us and on those who have join hands with us by rendering their valuable services for the realization of the noble venture of Al-Jamia. We also appeal to all those concerned to render their relentless task for the development of this Al-Jamia.
We promise to all especially, those who have full confidence in our commitments that we shall do our best as per your expectations and will try to be trustworthy the responsibilities bearded by us, and Only on Allah we rely upon. 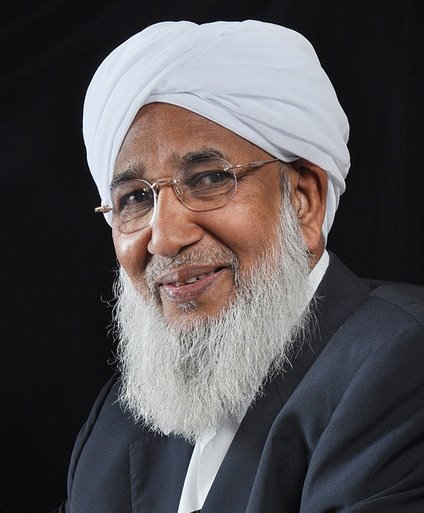 Jamiathul Hind Al Islamiyya which has its head quarters in Calicut (Kerala), functions as an all India level Open University. It stands for the reconstruction of the whole Islamic higher educational system and tries to modify its missionary aspects to suit the need of the day More>>